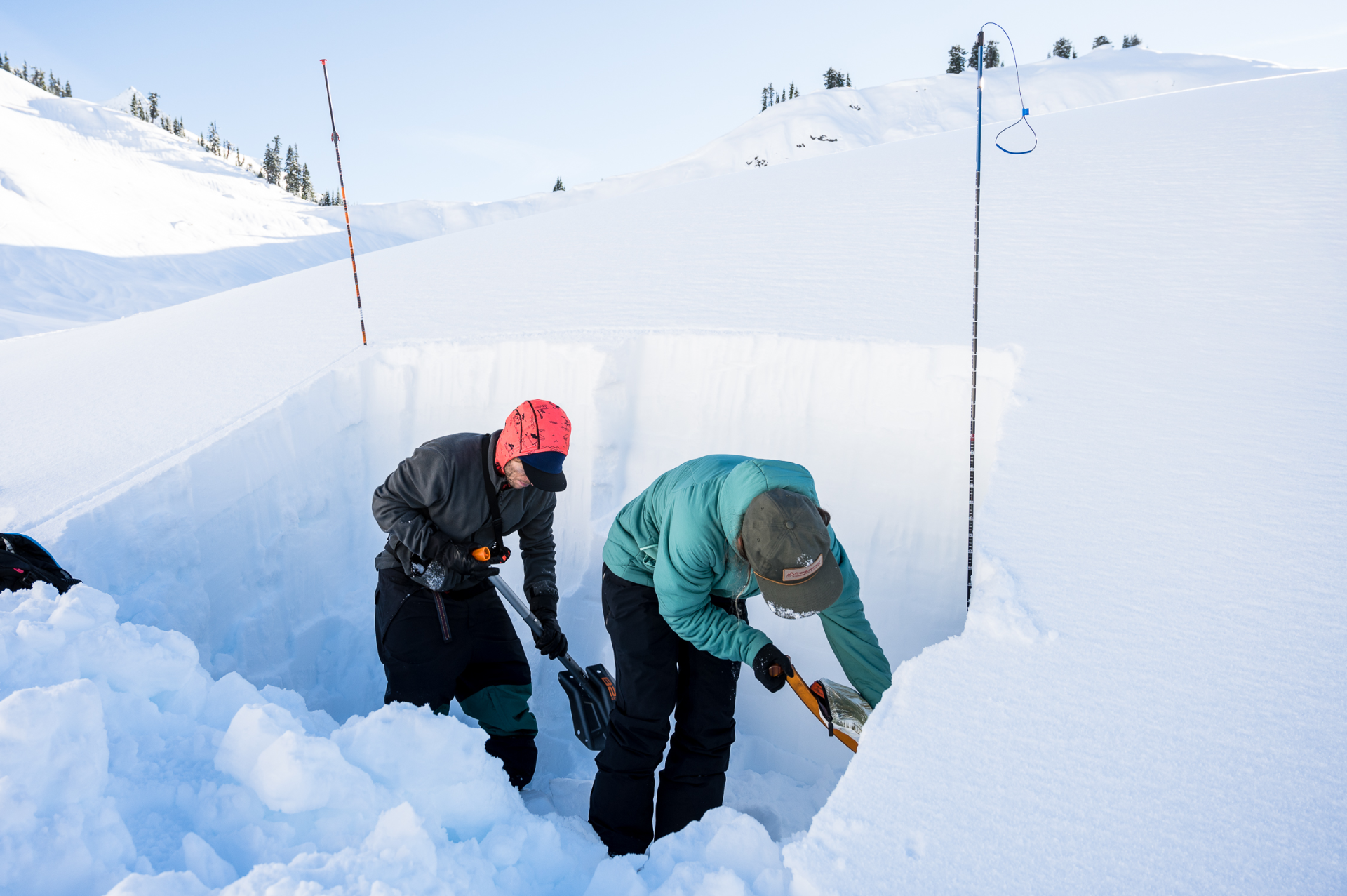 Home Featured Articles Out the Gate: Avalanche Safety in the Age of Covid

This article by Colin Clancy, which quotes A3 board president Halsted Morris, originally ran on February 10 on The Ski Journal and has been reprinted with their permission.

Out the Gate: Avalanche Safety in the Age of Covid

Editor’s note: On Saturday, February 6, an avalanche in Utah’s Millcreek Canyon buried eight backcountry skiers. Four of them died, making the incident the deadliest avalanche in Utah since 1992. In total, the mountain community lost 15 people to avalanches last week, make it the deadliest weeklong avalanche cycle since 1910. Our condolences go out to the families and communities affected by these tragedies.

Weak layers in the snowpack throughout much of the West, plus a much-anticipated increase in backcountry travel amid the pandemic has put avalanche forecasting and backcountry safety front and center for most skiers this season.

A boom or bust winter through the first couple of months of the season dumped feet of snow on the Pacific Northwest and Canada, but left much of Tahoe and the Intermountain West wanting. Storm cycles have since brought more snow to the Rockies and California, but that new snow comes at a cost, sitting atop weak layers developed during the meager storms of early season. Already, we’ve seen February slides lead to burials and deaths in Park City, UT, and Silverton, CO. Even in the Presidential Range in New England—a region not known for human-triggered avalanches, much avalanche deaths—new snow on top of old layers has led to an avalanche death.

“It’s no secret that our winter has been mostly underwhelming so far,” said Forecaster and Media Coordinator for the Utah Avalanche Center, Craig Gordon as January came to a close. “We’re at about 50 percent of where we should be for average snowpack and water [in Utah] and really, water is what adds to the depth, density, and stability of our snowpack.”

Gordon explains that rather than receiving the brunt of storms as usual, Utah and neighboring states like Colorado have gotten the remnants of storms from California, lots of wind and small amounts of light density snow. This equates to a snowpack ripe with weak layers.

“With such a shallow snowpack, the snow grows weak, faceted and sugary,” he said. “We’ve basically been nickel-and-dimed. We haven’t gotten the big fire hose of moisture that helps to add more weight and more snow to help [our snowpack to] start to develop into a more robust snowpack.”

With early season weak layers well established at the bottom of the snowpack, these layers have lingered even as new snow continues to accumulate, making for spooky human-triggered avalanche conditions. This season’s weak snowpack in Colorado, for instance, led to two back-to-back weeks of December with record numbers of human triggered avalanches according to the Colorado Avalanche Information Center. With four people killed by avalanches in Colorado during the month of December, December 2020 was the deadliest December in Colorado since 2008, and the deadliest month overall since April 2013.

While West Coast snowpack this season has been deeper and generally more stable than its Intermountain counterparts, many areas have had their share of stability issues as well. The Pacific Northwest has gotten large and frequent dumps of snow, which on its own would start to settle and compact.

“But then what happens is the rain comes,” says American Avalanche Association President Halsted Morris. “Suddenly you throw rain on it, and like warm water, rain lubricates the crystals.”

When lots of new snowfall piles on top of that slippery, wet layer, all it needs is a trigger for a slide to occur. Gordon and Morris agree that it is more than just weak layers in the snowpack that contribute to an added danger this season.

As widely anticipated, the pandemic has led to a dramatic increase in backcountry users, each one another potential avalanche trigger, which in turn has led to an uptick in incidents and emergencies. This traffic increase is partly due to the simple fact that having so many people working from home leads to experienced backcountry users having the freedom to get out for quick dawn patrol tours and lunch laps before returning to work. But it’s also in part due to an increase in inexperienced and under-educated backcountry travelers—many of whom are strong resort skiers—leaving the resorts behind due to fears of COVID and the perceived hassle of COVID protocols.

“Last March when they shut down all the ski areas here in Colorado, everybody and his little brother went out and bought telemark gear and AT gear,” Morris says. “Literally, shops sold out of beacons, probes, shovels, skins, touring bindings, everything.”

This new backcountry user group consists of a lot of people who have strong skiing skills but often lack avalanche education. Without adequate levels of snow science, terrain, and rescue knowledge, some new backcountry users have gotten into trouble.

“It’s one thing to be able to ski all your double black diamond runs inside the resort boundaries where ski patrols do a really great job of controlling the snowpack,” Morris says. “But when you’re outside that quarter inch boundary rope, you’re in a totally uncontrolled environment.”

Gordon’s take on the influx of this new user group is that, for many of them, their assimilation into the sport has far outpaced the norm. New backcountry users’ desire to leave the resorts behind has hastened the learning curve.

“[Typically] you get a little taste for the backcountry, and then you slowly dive into it,” Gordon says. “You take an avalanche class, you get the gear, and it’s a slow progression. It seems like this transformation, from last March into this fall was just like, ‘bring it on.’”

Gordon’s advice to backcountry newcomers starts, unsurprisingly, with gaining knowledge in addition to gear; Strong skiing skills and backpacks full of essential gear without snow science, terrain, and rescue knowledge can give backcountry travelers a false sense of security. Taking a AIARE 1 avalanche course with both classroom time and a full day on the snow can help participants learn some basics about how snow works, help them hone their rescue skills, and help them learn about terrain choices. Checking the most recent avalanche advisories is also a necessity, keeping in mind that there are often more avalanche incidents when danger is labeled moderate than when it is listed as considerable, simply because people tend to let their guards down when conditions are in the moderate range.

Beyond education, Gordon suggests getting involved in the local backcountry community.

“My suggestion is that we have an amazing community, it’s easy to reach out to people” he says. “It’s easy to lend a little helpful advice, and, in the big picture, look for a mentor or be a mentor to somebody. It’s easy to take someone who has less experience and help them down this amazing path into the backcountry.”

Read More on The Ski Journal