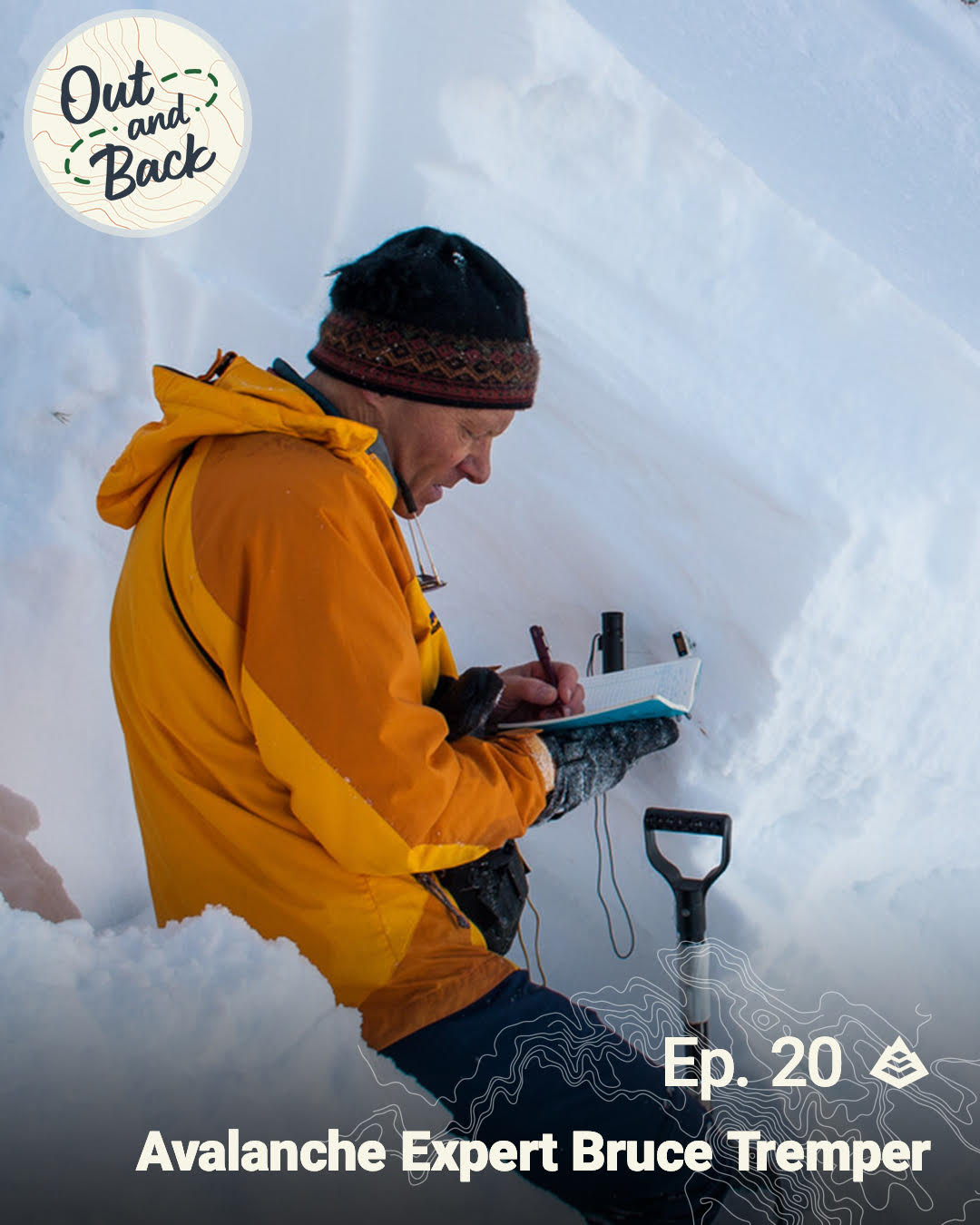 Home Featured Articles Bruce Tremper on Out and Back Podcast

In this episode of Gaia GPS’s Out and Back podcast, Bruce Tremper talks about his start in snow science and gives his tips for his safety system, the low-risk travel ritual, and busts some avalanche myths.

5:30: Bruce grew up skiing and got his first lesson in avalanches at the age of 10 from his ski patrol father.
9:50: Tremper got his start in the ski industry as a lifty at Bridger Bowl, Montana, and worked his way up to ski patrol and avalanche forecasting.
19:40: Tremper has been caught in three avalanches.
20:30: Tremper talks about avalanche fatalities rates, and the demographics point to the “new kids on the block.”
23:20: Avalanche risk broken down by region, Colorado, Utah, Montana, Washington, California, and why it’s so tricky in the cold regions far away from the ocean.
26:20: The backcountry is shaping up to be busy this season. Here’s what you can do even if you can’t get into an avalanche class. Watch the “Know Before You Go” video.
30:00: You need a backcountry system to stay safe. Copy Tremper’s system to create your own.
30:40: Tremper talks about how he uses Gaia GPS as part of his system.
34:10: Avalanche risk varies greatly with slope angle and aspect. North facing slopes can be dangerous in early season conditions.
35:20: Pick your backcountry ski and snowboarding partners wisely and don’t bring too many friends with you.
45:10: Systematic and confirmation biases play into poor decision making in the backcountry; don’t trust your beliefs because it can lead you astray. Rely on the data and observations.
50:00: Tremper busts common avalanche myths: skied slopes are not always safe, avalanches can happen in the trees, and low-angle slopes are generally safer but no guarantee.
55:30: Tremper runs through his “low-risk travel ritual.” A list of safety protocols he learned from ski patrol over the years.
1:00: Here’s what you should do if you’re caught in an avalanche.
1:04: The avalanche risk scales used in the United States are not linear ratings, each level doubles the risk of avalanches.
1:07: Here’s what Tremper says first-timers should do to stay safer in the backcountry this year.
1:11: Tremper continues his snow safety work by creating more books and videos on avalanches.

Gaia GPS is a proud sponsor of the American Avalanche Association.