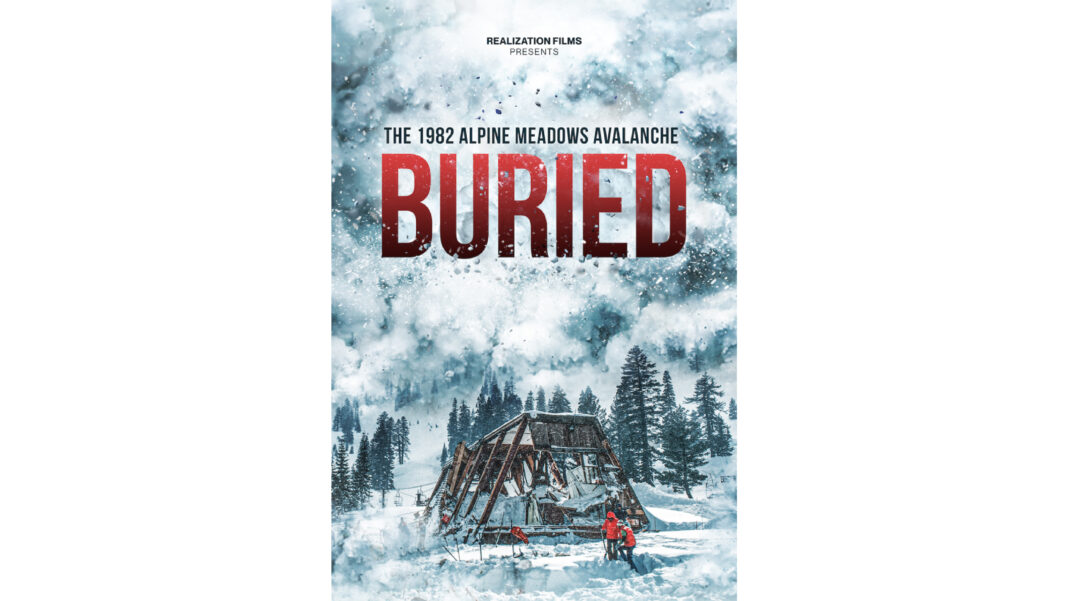 The film is currently in single-release showings raising money for the American Avalanche Association. It will be officially released this fall.

Anyone connected with the Alpine Meadows community in the Sierra knows about the infamous avalanche that struck nearly 40 years ago and killed seven people, but many more mountain lovers are unaware of the history or of the dangers inherent with any avalanche.

That’s what inspired local filmmakers Jared Drake and Steven Siig to create “Buried”, a documentary that shares the story of the deadly slide through the words of those who lived it.

The pair began research for the film close to six years ago.

“We live in Alpine Meadows. It’s part of our community. It’s an important story,” Siig said. “And we also feel that avalanche awareness needs to be put in front of a wider audience.”

The drive to help educate the public about avalanche safety led Siig and Drake to partner with the American Avalanche Association, a nonprofit that is dedicated to avalanche research, outreach and education.

“We knew early on that we wanted to partner with them in some capacity and raise some money for their efforts and build some awareness for what they do and the impact that they have,” Siig said.

The “Buried” crew has been touring North America for single release showings in mountain communities. They’ve made stops at Mammoth Mountain and Truckee and have a final special event screening scheduled at Alpine Meadows on the night of the 40th anniversary of the avalanche: March 31. Some of the proceeds from each screening are being donated to the American Avalanche Association.

The directors hope that the film is a cathartic experience for their Alpine Meadows family.

“The second they begin talking about ‘82 and the event, they go right back there,” Drake said. “Their eyes, their emotion. You can tell they’re transported right back to ‘82.”

But they also hope that everyone can gain something from watching.

“If we can capture some sort of universal truth on how to overcome as a community then that’s something everyone can take away,” Drake said.

You can watch the trailer here.

“Buried” will have one more week of special screenings at the Tahoe Arthaus and Cinema in Tahoe City from April 1 through April 7. Tickets can be purchased here.

The film will be officially released in theaters in select cities this fall and the directors are hopeful that a streaming service will pick it up shortly after that.

After massive avalanche, upper Hiland Road in Eagle River not likely to be clear for several days