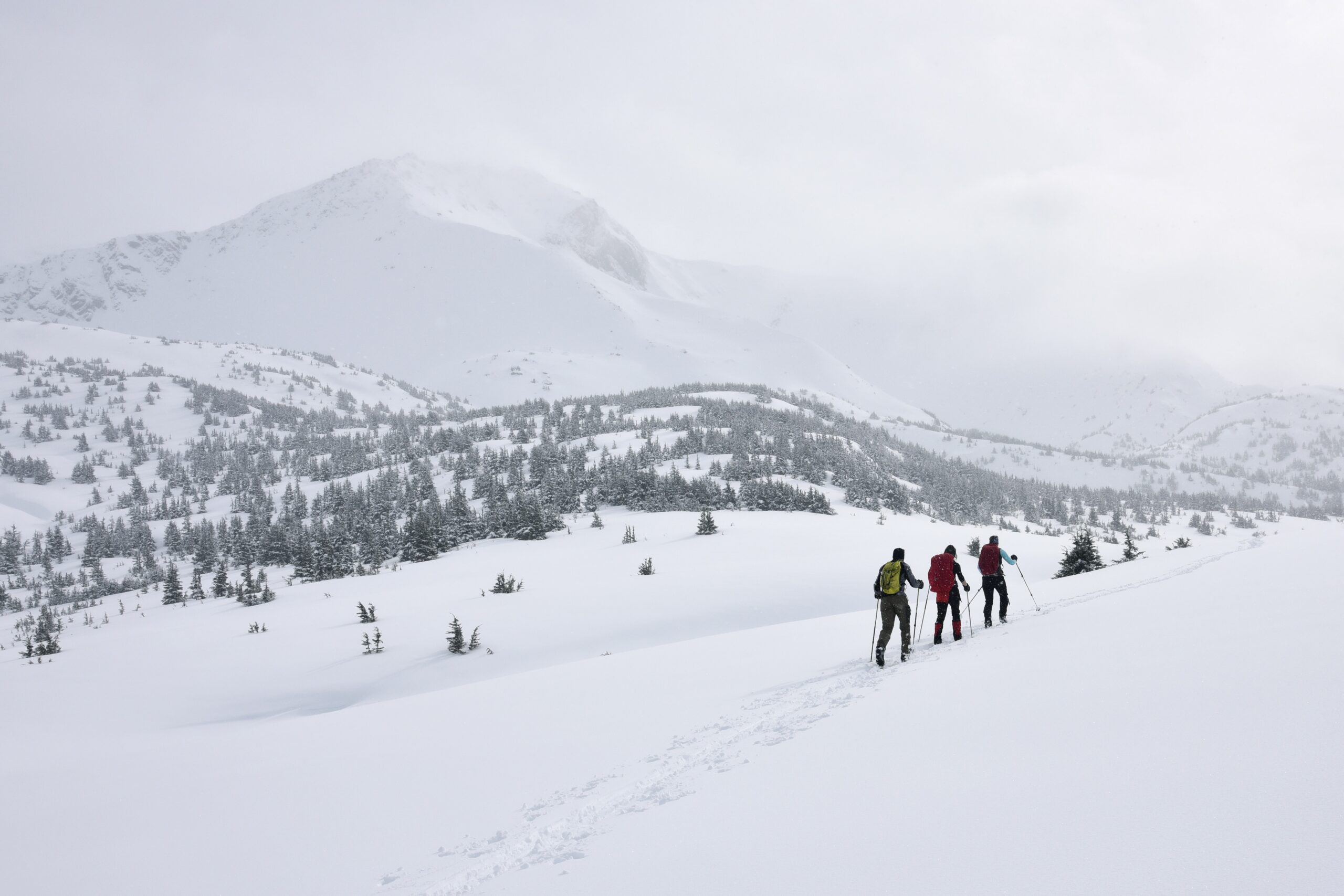 Two recent backcountry encounters have prompted me to think more about an avalanche safety tool that doesn’t get much mention in classes, forecasts, or research.

The cold week before Christmas, a friend and I met at WMR to catch an early chair, for a longer tour in the backcountry adjacent to the resort. We converged on the Canyon Creek notch with several other parties on a similar schedule. It had snowed six inches or so of low-density fluff overnight. Nobody wasted much time getting skins on and getting up the ridge. While I saw pom-pom hats, bed-head hair, and a week’s worth of beard stubble, the moment had a serious feel, like a Monday-morning commute.

At the summit of Skook, a young gun approached as we transitioned, made eye contact, and nodded as he skinned along the ridge.

“Morning,” he said. “You headed out north today?”

Well-used and not recently-washed gear. A beard that had struggled a month to look a week old. And bed head. I was envious, not having enough hair anymore for bed head.

“Great. We’re going to Oz, then back up, maybe down Dorothy’s.”

My partner and I nodded.

It took me a minute. Do people announce their wake-n-bakes now? Oh, 4-20 was their radio channel and privacy code.

“You guys got radios?”

“I do,” my partner replied. I felt careless; my partner was another professional snow worker on a day off.

It took a few more quiet minutes to finish our transition. And for me to digest the encounter.

What impressed me was Young Gun’s purposeful communication. Specifically, on a morning when a natural impulse is to be tight-lipped or even territorial, he opened a conversation. He found out where we’d be, relayed his group’s plans, and made sure people knew how to raise help if trouble arose. He could be fairly confident his party wouldn’t be above us and put us in danger, that we wouldn’t do the same to them, and that if either situation did happen, the two parties could communicate clearly, without yelling and arm-waving. And Young Gun did it without slowing anyone’s morning commute. Pro, indeed.

Good thing my partner had the sense to bring his radio.

Avalanche classes emphasize the need for clear communication within groups. As the number of riders in the backcountry swells, positive communication between groups grows ever more important. Sure, it’s easy to bemoan those ballooning numbers, to be nostalgic for the days when the backcountry felt like an all-to-yourself discovery. But the conflux of marketing, social media, and a pandemic mean that things have changed.

Those changes are probably lasting. And they raise previously remote dangers to the fore. In fact, adding a just a few more people may increase the chances of inter-party accidents dramatically (geeky proof but with images, p. 18-20).  Avoiding overhead hazard may mean avoiding other parties’ triggered slides, not just natural avalanches. Assessing a run may mean assessing it for consequences not only to me and my party, but to people below as well. It may mean using community radio channels in areas where you’re used to doing your own thing or never used to see people.

Perversely, the opportunities for communicating seem to coincide with the moments we’re least open to talk. Arriving at a trailhead and finding another three carloads of people putting on skins. Another party catching up as you’re breaking trail.

A few things might help start those conversations and make them easier with practice.

We never saw Young Gun after our conversation that morning. We had our destination to ourselves, untracked. We wouldn’t have made last chair back to the summit if we hadn’t caught an uptrack – probably his – part way back to Skook. There’s old-man strong, but there’s no old-man fast. And there’s Young Guns showing old dogs new tricks.

Blase Reardon has explored snowpacks across the world, from golf courses in Ohio to remote mountains in Kyrgyzstan. Early in his career, Blase researched climate change and glaciers for the USGS and worked as a forecaster for the Going-to-the-Sun Road avalanche program in Glacier National Park. He then worked as a forecaster in central Idaho for the Sawtooth Avalanche Center and in central Colorado for the Colorado Avalanche Information Center. He has served on the faculty of Colorado Mountain College’s innovative Avalanche Science Program, as Editor of The Avalanche Review and The Snowy Torrents, and as Publications Trustee for the American Avalanche Association. He’s excited to be back in the Flathead Valley.