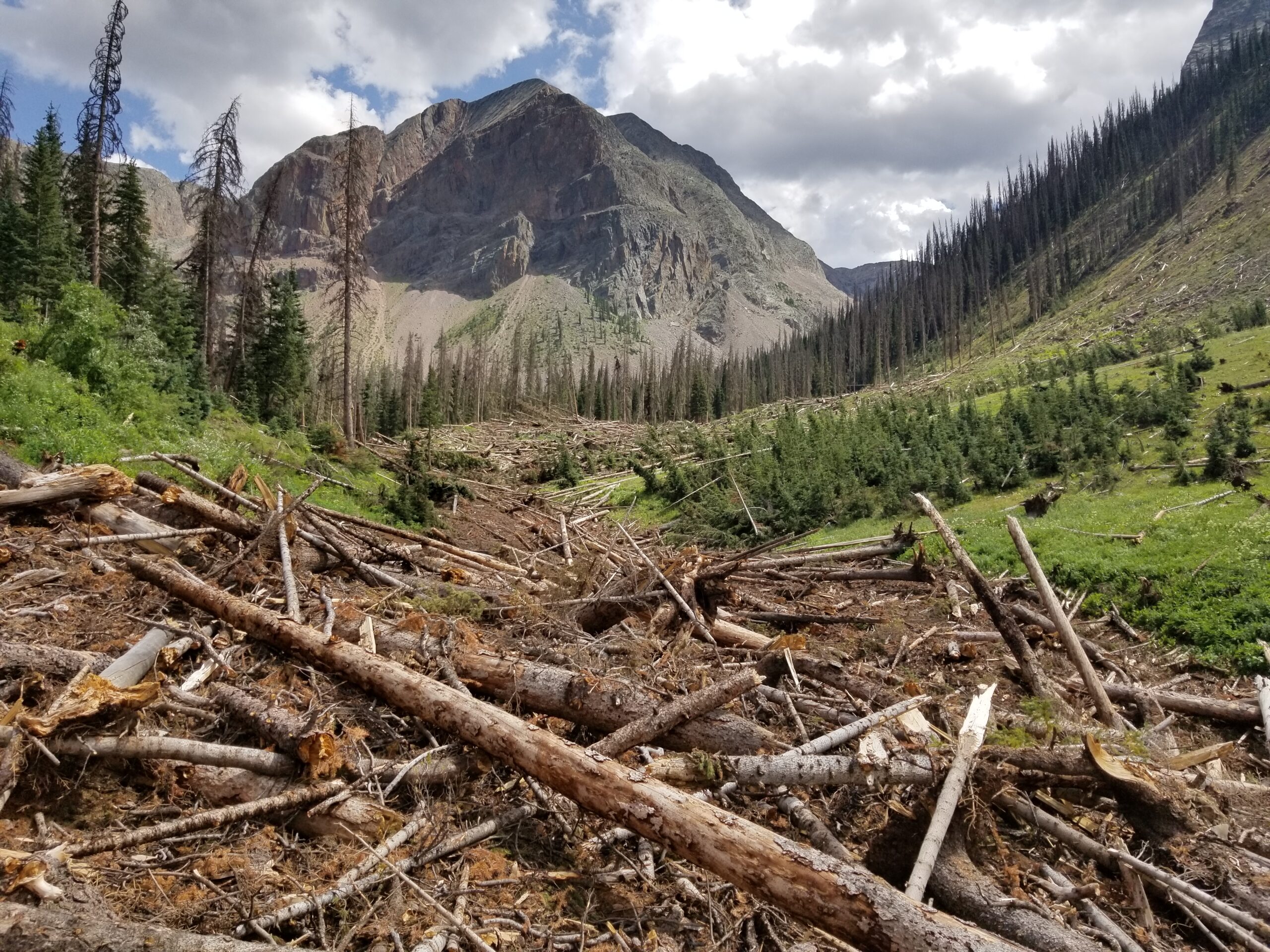 Story and photos by Chris Wilbur

Avalanche professionals working on land-use planning, mapping, and avalanche defenses must quantify the runouts, extents and flow parameters for long-return period avalanches. Such events are, by definition, rare. They might not occur during our careers. Yet in March of 2019, we witnessed an unprecedented avalanche cycle in Colorado. The series of storms and large avalanches provides us with a unique opportunity to do a reality check on our understanding of these rare events. It also allows us to review the indirect assessment methods that we rely upon. As we begin to reflect, collect data, analyze and discuss our experiences and opinions, several common topics come up.

What were the average return periods (annual exceedance probabilities) of these large, long-running and destructive avalanches? The data are still coming in, so answers to this question are speculative. That said, based on timber destruction and a review of historic records, it appears that there were dozens of 100-year avalanches. There were probably a few 300-year avalanches too. Not all paths ran big, so the distribution of return periods covers a wide spectrum. But the spectrum was shifted towards lower frequency events compared to most years.

Colorado’s documented avalanche history suggests that the 2019 avalanche sizes and runouts, as well as transportation impacts and infrastructure damages, have not been seen since 1906 or earlier. The extent of forest destruction also suggests that many avalanche paths expanded their lateral and distal trim lines into areas not reached in more than a century. Statewide, these events clearly exceeded the big avalanche cycles of 1962, 1986, 1995, and 2003. Newspaper accounts and dendrochronology take the record back farther and include big avalanche cycles in 1891, 1899, and 1906. In the San Juan Mountains of southwest Colorado, the avalanches of 1906 and previous years appear more similar in scale and extent to the March 2019 avalanches than subsequent big avalanche years. Application of dendrochronology methods promises to shed more light on return periods as we collect and study new data.

The release characteristics of the March 2019 avalanches exhibited two important characteristics. First, a nearly perfect sequence of weather events created a strong mid- to upper snowpack structure on top of our usual basal facets. This oversimplified two-layer stratigraphy was mostly able to support gradual loading from December through February. Then the weight of the March storms with SWE increases ranging from 3 to 7 inches in a few days overstressed the strong snowpack. Storm slabs built up over 10-12 days had included up to 12 inches of SWE. The slab releases were unusually dense and strong. This enabled fracture propagations that extended long distances and probably transmitted fractures deep into the older snow.

The result was impressive fracture lines crossing terrain features that usually confine release widths. Many avalanches had crowns extending thousands of feet with some over a mile long. The second unusual characteristic was that avalanches ran on all aspects. Our prevailing westerly winds and snow structure tend to favor releases on the E-NE segments of the compass. In 2019, all aspects were represented with some impressive west- and south-facing avalanches.

Most of the large avalanches were dry and cold enough to become highly fluidized. In other words, the flow was granular with no free water and plenty of air space between particles, so internal friction was low. The combination of large release volumes and low friction resulted in long runouts and very tall fluidized or saltation layers, as evidenced by damage to surviving large conifers in the paths. The unusually high saltation layers snapped large healthy trees near ground level and uprooted other trees, leaving behind craters.

The extent of damage inflicted real indicator of an unusual avalanche season. The Colorado Avalanche Information Center (CAIC) reported that avalanches damaged or destroyed ten homes or cabins in six counties (Hinsdale, San Juan, Ouray, Gunnison, Summit, and Pitkin). Two structures were occupied, yet there were no residential avalanche fatalities. Avalanches damaged five counties’ utilities, including major electric and gas infrastructure. Transportation routes were severely impacted. Fortunately, there were no fatalities, even in full vehicle burials on Highway 91 south of Copper Mountain.

We had the opportunity to apply the high end of the D-scale in 2019. The destructive size or D-scale was developed in Canada and is widely used along with the relative or R-scale, developed in the United States, to describe avalanche sizes. Both the D-scale and R-scale use five size categories. The CAIC reported over 80 D4 avalanches. There were at least three D5s, including the Highlands Ridge (Conundrum Creek) and Garrett Peak in Pitkin County, and the Copper Creek in Hinsdale County. It is likely that we’ll discover more D5s away from civilization.

The D-scale was developed to use easily observable criteria including mass, path length, and destructive potential. The description category is subjective, but the easiest to envision and is the essence of the D-scale. The authors intended path length as an observable substitute for maximum (terminal) velocity. In the engineering world, impact pressure is an important parameter, but it must be calculated using velocity squared and density. Since density has a narrow range and velocity is squared, velocities largely impact pressures. Assuming a density range of 200-300 kg/m3 suggests that D5 avalanches have maximum velocities of about 60-70 m/s (130-160 mph) and D4s have velocities of about 40-50 m/s (90-110 mph). Many of the March 2019 avalanches were between these velocities and some were probably closer to D5 than D4.

The mass column of the D-scale is also important, since it influences the extent and runout limits. Along with terrain, release mass and entrainment are important factors in determining avalanche damage potential. This connection between total mass and destructive potential is very apparent in applying dynamics models.

Prior to 2019, the use of D5 was pretty much unheard of in Colorado. Ridges and other terrain features tend to limit our avalanche starting zones. Furthermore, the D-scale descriptors of “largest avalanches known” and “could destroy a village” discourage the use of D5 anywhere in the U.S. outside of Alaska. (And possibly on large volcanoes of the Pacific Northwest.) The identification of at least three D5 avalanches further confirms that March 2019 was a truly historic avalanche period.

The causal factors that led to the big Colorado avalanches of 2019 are complex. They cannot be directly tied to a changing climate. However, we have observed and measured warmer winter storms with higher rain-snow elevations over the past two decades. Avalanche practitioners have observed and predict greater overall snowpack stability as a result of warming. Interestingly, practitioners are predicting more avalanches from upper elevation zones and fewer at low elevations. Colorado’s snowpack structure and loading in 2019 were not inconsistent with climatic trends of warmer and wetter air masses colliding with our mountains. Looking forward, it will be interesting to see how climate change affects avalanches in Colorado and elsewhere.

The 2019 avalanches in Colorado provide us with an incredible opportunity to improve our understanding of rare events. Today we have tools and resources that were unimaginable the last time an avalanche cycle this big occurred. We have weather instruments, satellite images, UAVs (drones), dynamics models, LiDAR, Google Earth, and more. In just one or two generations, we have gone from sparse data to data overload. This is a good problem to have, but it will take time to analyze and digest all of the information. Ultimately, we will learn a great deal from the 2019 Colorado avalanche cycle.

This article is based on presentations made in 2019 at CSAW and 4SAW by Art Mears and Chris Wilbur, respectively. The author is grateful for the mentorship and guidance of Art Mears. However, I accept full responsibility for the content, opinions, and any errors.

Chris Wilbur is an avalanche defense engineer based in Durango, Colorado. He is fascinated with the engineering behavior of highly variable complex natural materials, as well as the dynamic response of structures to avalanche loads. 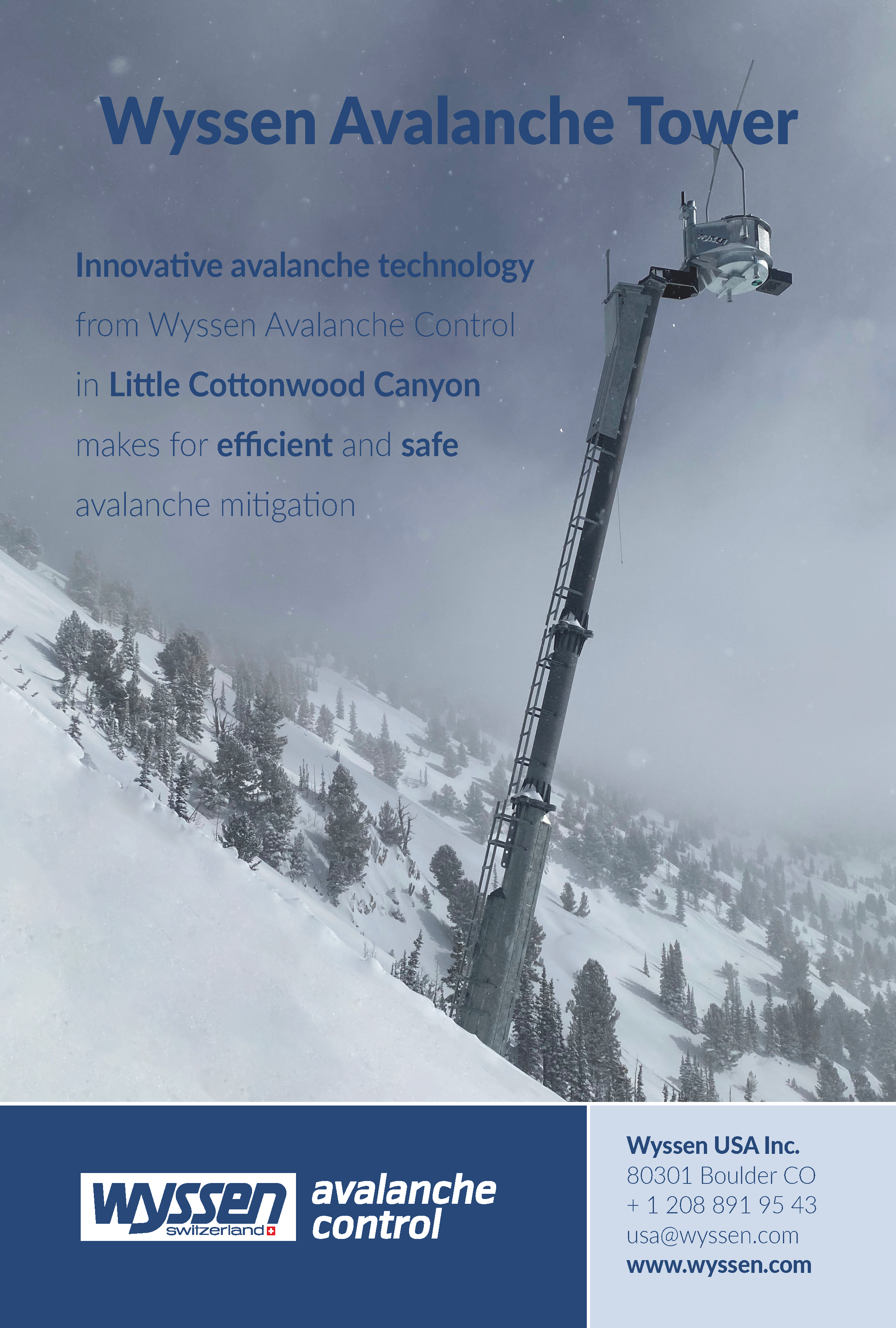 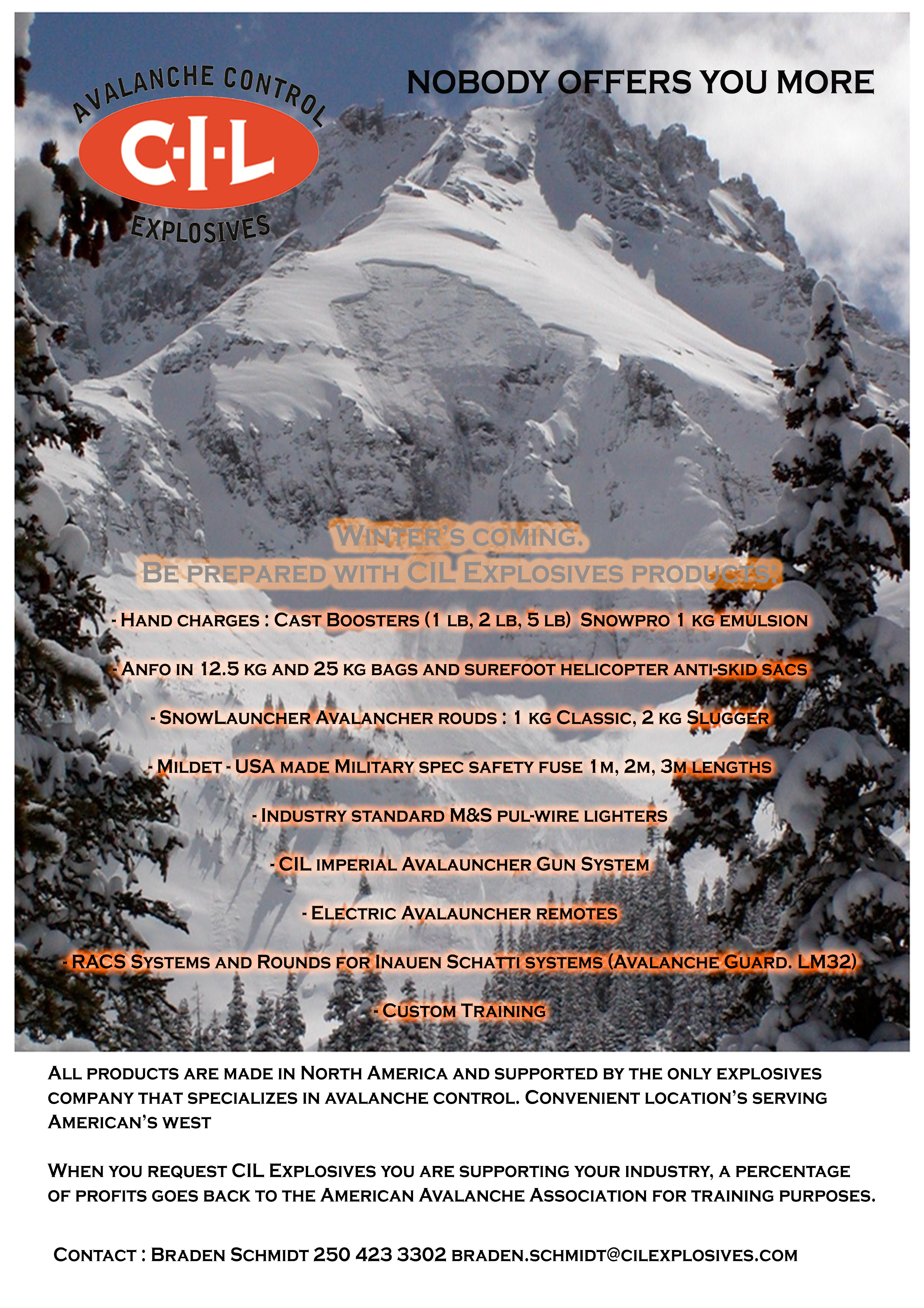 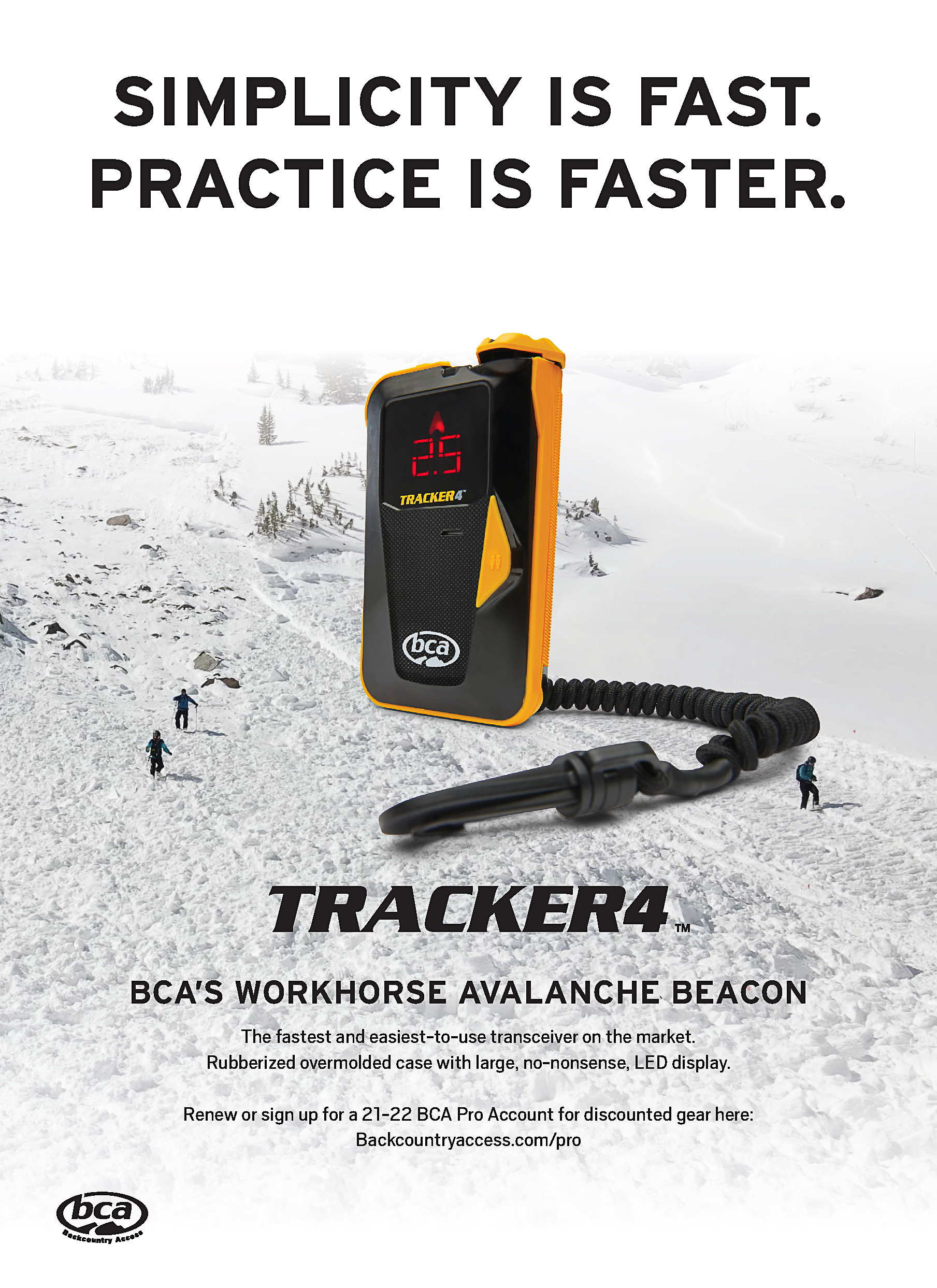 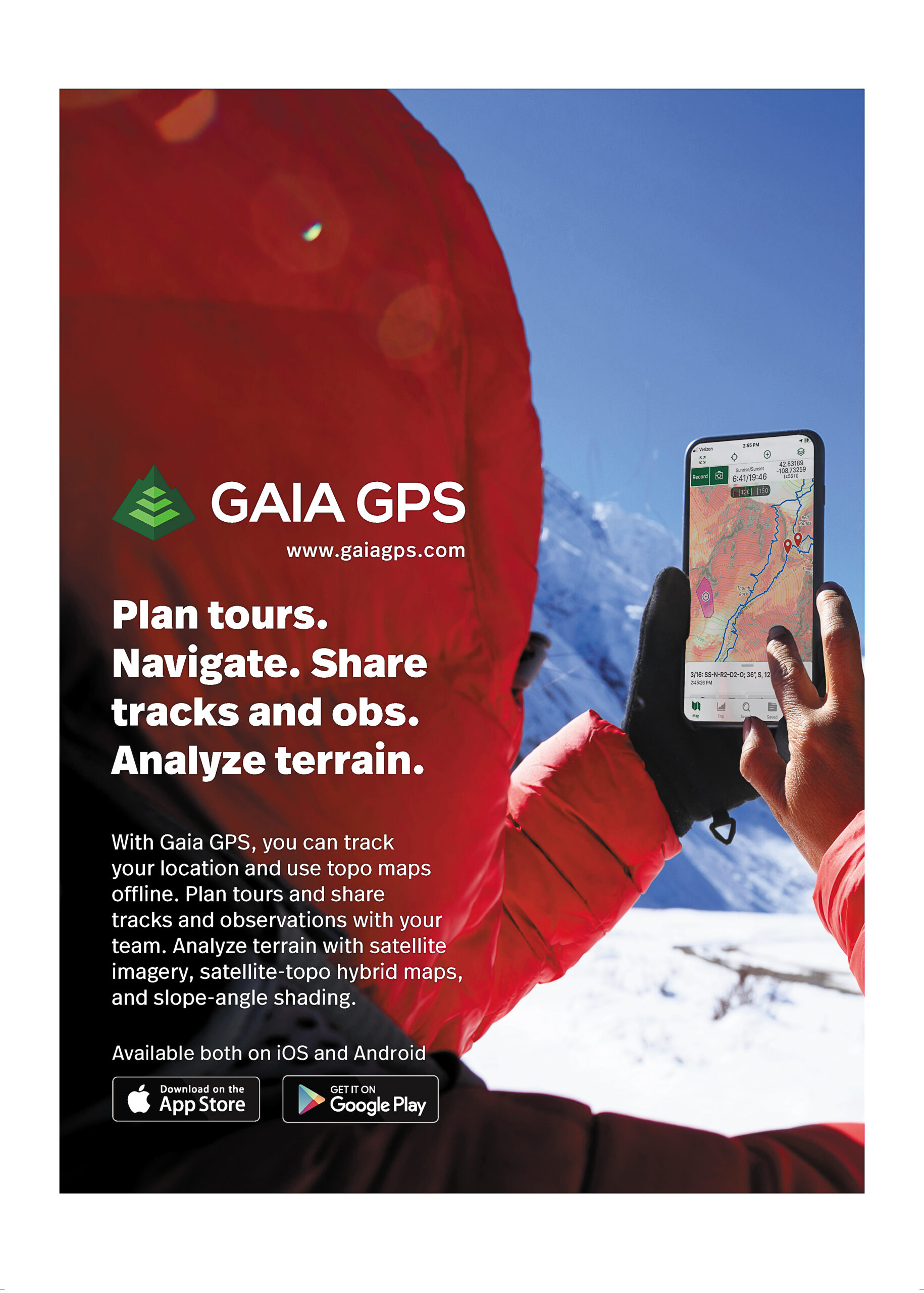 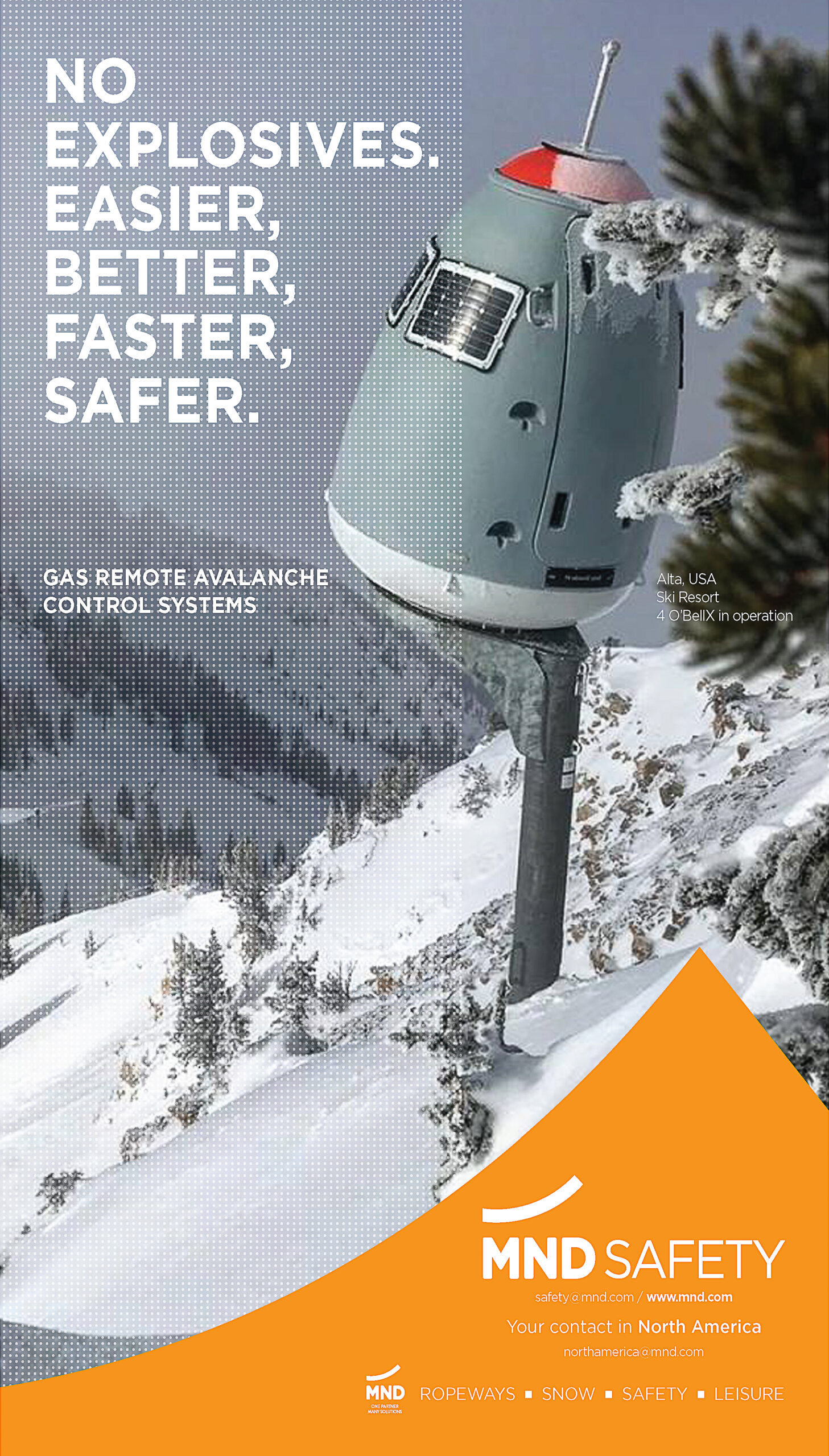 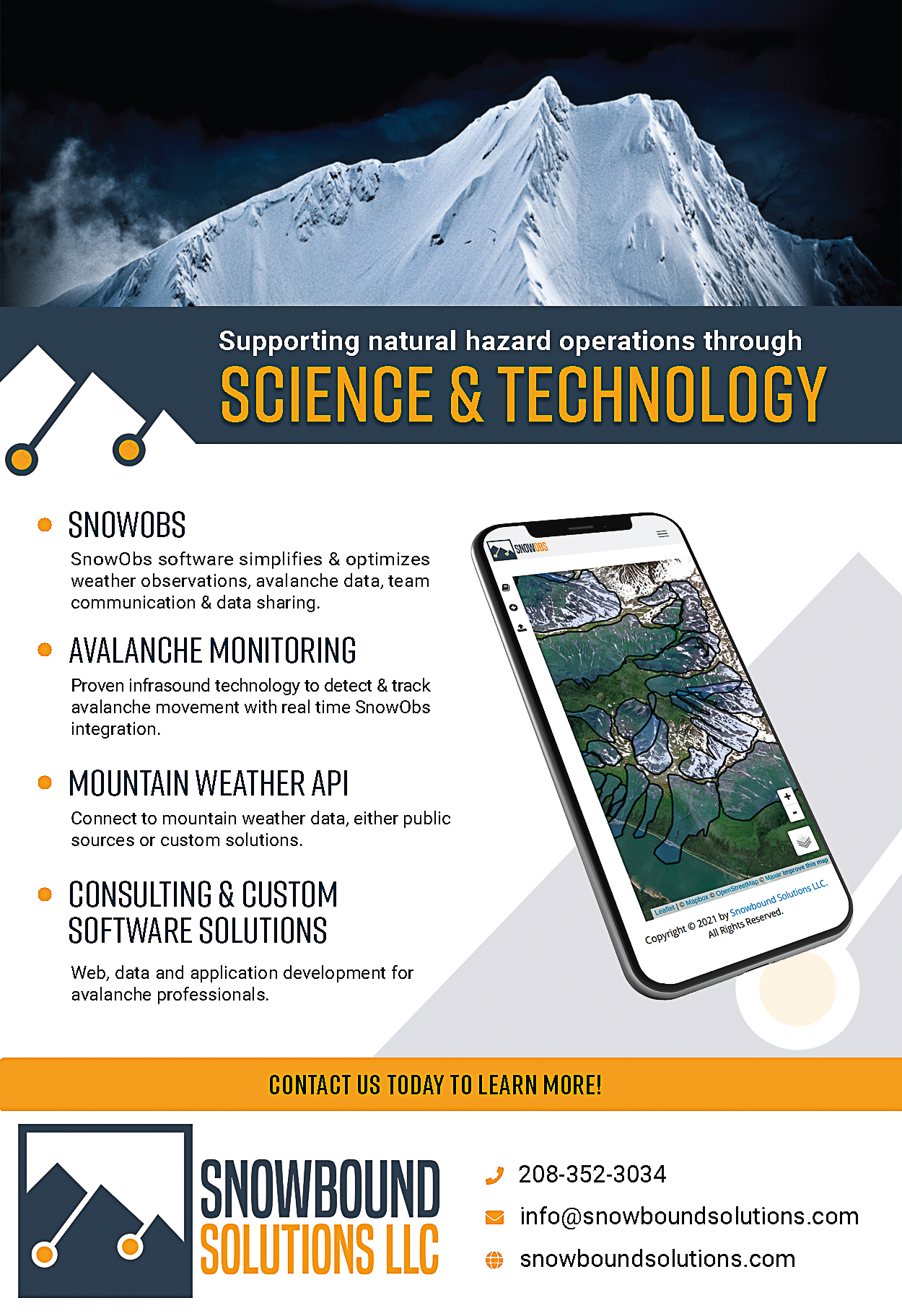 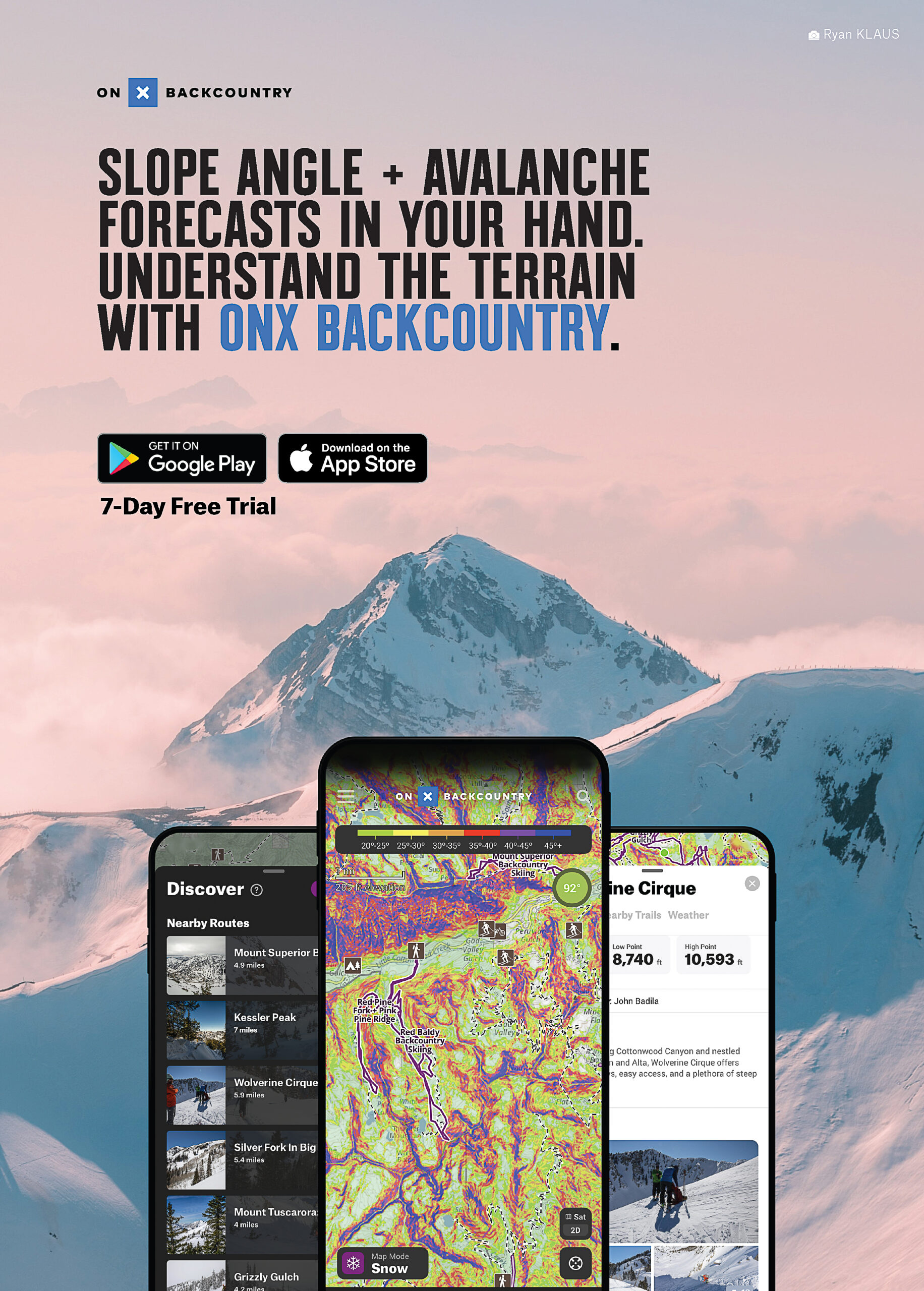